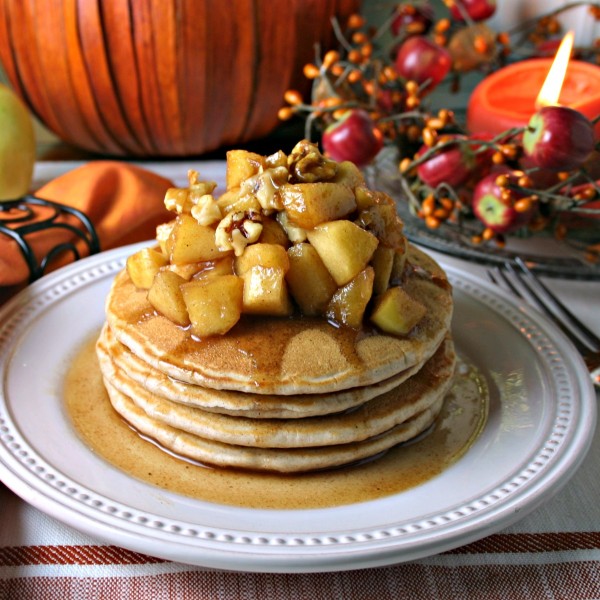 In case you didnâ€™t know, today is National Pancake Day, and in celebration Iâ€™m sharing a festive, fall pancake recipe that I think youâ€™re gonna love â€” Apple Cinnamon Pancakes! These cinnamon spiced pancakes are light and fluffy with a maple-flavored homemade apple topping thatâ€™s really simpler to make than you might think. 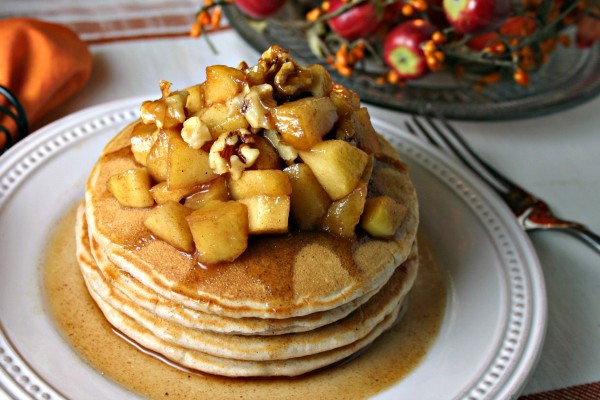 John is usually the official pancake cook at our house, so while he was mixing up his normal pancake batter recipe (to which he added cinnamon) and heating up the griddle, I peeled and diced a couple of apples for the topping. That was literally the most difficult thing about this recipe, so I know you can tackle it!

Because the apples are diced into small pieces, they cook very quickly. Within five minutes, this sauce is done and ready to pour over your stacks of pancakes! I used Golden Delicious apples, but really any type of apples will work just fine in this easy recipe. 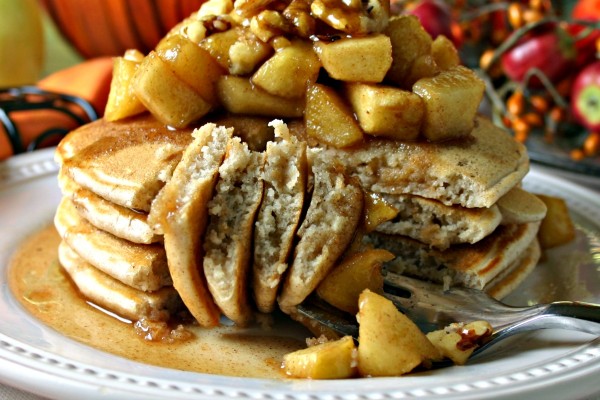 When the girls were small, we often made chocolate chip pancakes sprinkled with powdered sugar as a special treat on Saturdays. (I know, I knowâ€¦sugar overload!). Not that thereâ€™s anything wrong with chocolate chip pancakes, but now we also enjoy more â€œsophisticatedâ€ pancakes like todayâ€™s Apple Cinnamon Pancakes, Raspberry Oatmeal Pancakes, Lemon Poppy Seed Ricotta Pancakes, Peach and Sour Cream Pancakes, or Pumpkin Walnut Flapjacks. Thereâ€™s nothing boring about any of those pancakes! 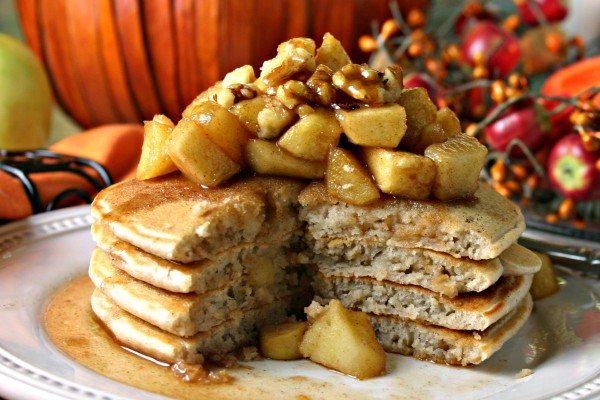 â€œWhen you wake up in the morning, Pooh,â€ said Piglet at last, â€œwhatâ€™s the first thing you say to yourself?â€

â€œWhatâ€™s for breakfast?â€ said Pooh. â€œWhat do you say, Piglet?â€

Save Recipe
Print Recipe
My Recipes My Lists My Calendar

Pancakes
In a large bowl stir together flour, sugar, baking powder, salt, and cinnamon. In a small bowl combine egg, milk, and oil; then pour all at once into dry ingredients. Stir until blended, but still a little lumpy.Heat griddle to medium high heat and spray lightly with cooking spray. Pour batter by 1/4 cupfuls on the hot griddle and cook until golden brown; flipping once to cook other side. (Pancakes are ready to flip once the surface is bubbly all over.)
Apple topping
To a medium sauce pan, add butter, apples, brown sugar, and 1/2 teaspoon cinnamon. Stir and cook over medium heat 3-5 minutes, or until apples are tender. Add maple syrup and serve over warm pancakes. Garnish with chopped walnuts.

Read the original on: Life, Love, and Good Food 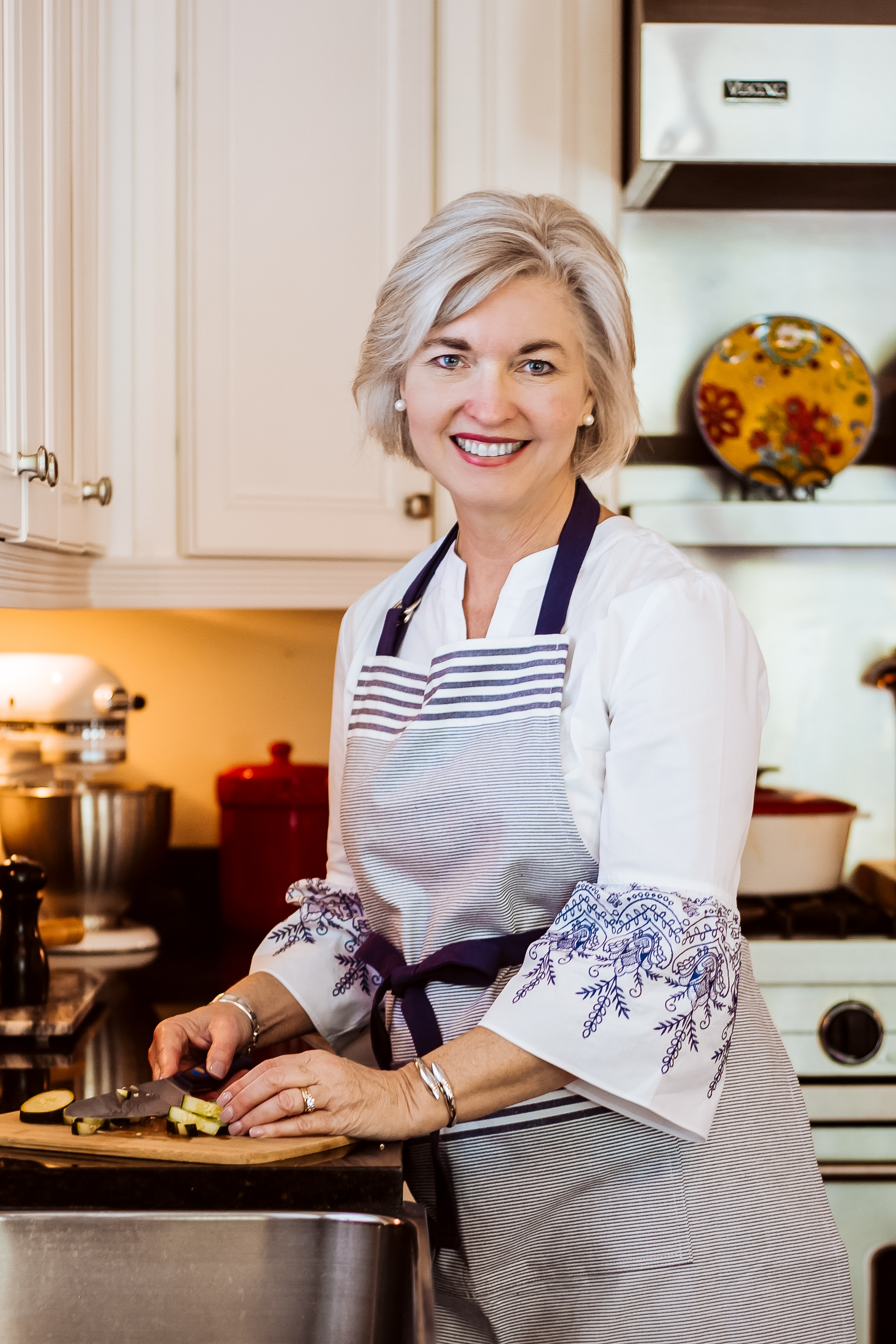 I'm just a Southern girl who enjoys cooking, photography, music, and sharing good food with family and friends. My blog is simply a little about my life, a bit about the things I love, but mostly about good food.