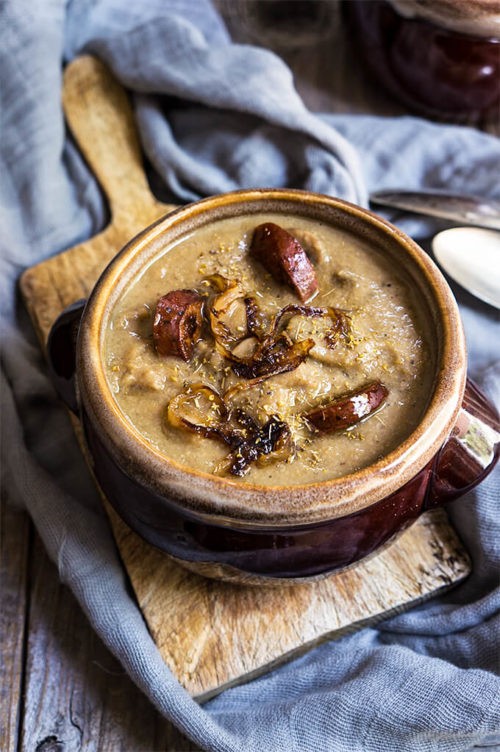 I've been on a mushroom binge lately, and today's recipe will again be mostly about mushrooms. It's a hearty, cozy soup of caramelized onions (because these two can't live without each other), red lentils for substance and creaminess, and smoked sausage for a good dose of comfort. But there is also a tiny secret ingredient at the end that makes this soup literally sing in your mouth - it's fennel pollen, and its heavenly aroma is guaranteed to induce instant food cravings.

Traditionally used in Italian sausage making, fennel pollen exudes such an irresistible aroma and can really elevate any dish, be it meat or veggies. It's similar to fennel seeds, yet it has a subtler, more floral scent. It comes with a price tag to match, but understandably so - after all, it's pollen, harvested from the flowers of wild fennel.

The first time I tried fennel pollen was on a seemingly ordinary sausage pizza. Even before the pizza made it to the table, I could smell its special and addictive aroma. It definitely wasn't the usual Italian seasoning. I noticed a few tiny specs sprinkled atop the pizza, and immediately wanted to know what this magical spice is. I didn't have to ask, it was there in the pizza description - fennel pollen! You won't see fennel pollen on your regular supermarket's spice rack. It's a luxury spice ingredient, that you can order online. I bought my fennel pollen at Amazon, like almost anything else these days (sad but so convenient, isn't it?!)

I love using red lentils as a thickening agent in this soup. It cooks fast, gets nice and mushy, and a little goes a long way. Smoked sausage and smoked paprika add some depth to it, and the fennel pollen is sprinkled at the end, just before serving for that wow factor.

While the soup is bubbling on the stove, make some cheesy toasts to go with it. The toasts are buttered with some garlic, and loaded with cheese, crisped up in the oven, and sprinkled with more of that fennel pollen magic.

Stay warm, and enjoy your weekend!

* See how to make your own dry mushroom spice mix, or use a store-bought one.

Read the original on: Viktoria's Table 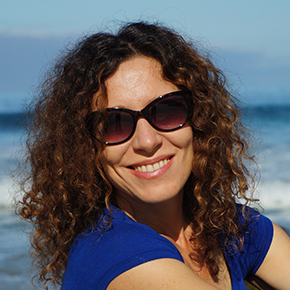 Healthy food, with a creative twist is my motto. I love to cook with real, seasonal ingredients, and create honest food that tastes amazing, and is good for you. I share the best recipes, food stories and photography at my blog www.viktoriastable.com.