Chicken Divan Stuffed Shells in Dijon Sauce is made without any canned soups, mayonnaise or sour cream. This mouthwatering dishÂ has all the comforts of the traditional dish without all the calories. By coincidence Iâ€™m sharing a version of another classic French recipe created duringÂ the same time-frame as theÂ French 75 cocktail. I think this must be a sign that I should be planning a trip to Paris!

Chicken Divan was created by aÂ chef that worked at the Divan Parisien Restaurant in the New York Chatham Hotel (wikipedia). The traditional dish isÂ made with a rich French Mornay sauce that coversÂ filetsÂ of chicken and a vegetable like broccoli. If youâ€™ve eaten French food before, then you know that sauces areÂ the foundation for theÂ cuisine, so the rich and creamyÂ sauce isÂ what you would expect to find in a dish like this. 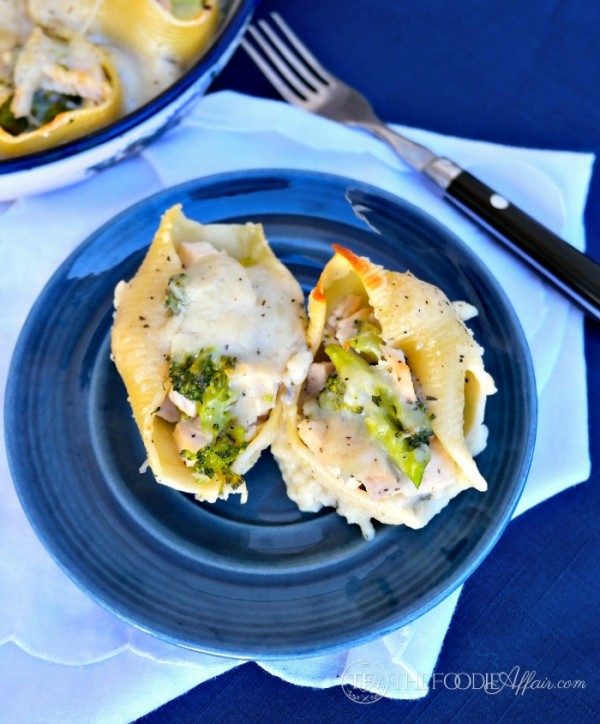 What you donâ€™t expect is to find the same ingredients in the classic dish to be served in pasta shells or the sauce to beÂ lightened up! Without sacrificing the flavor, I made a homemade sauce using low-fat milk and chicken broth in place of the half & half that is commonly used in creamy sauces, and then I whisked inÂ aÂ rouxÂ to thicken it up. Only a half of cup of parmesan cheese is folded into the sauce giving it a sharp nutty flavor. 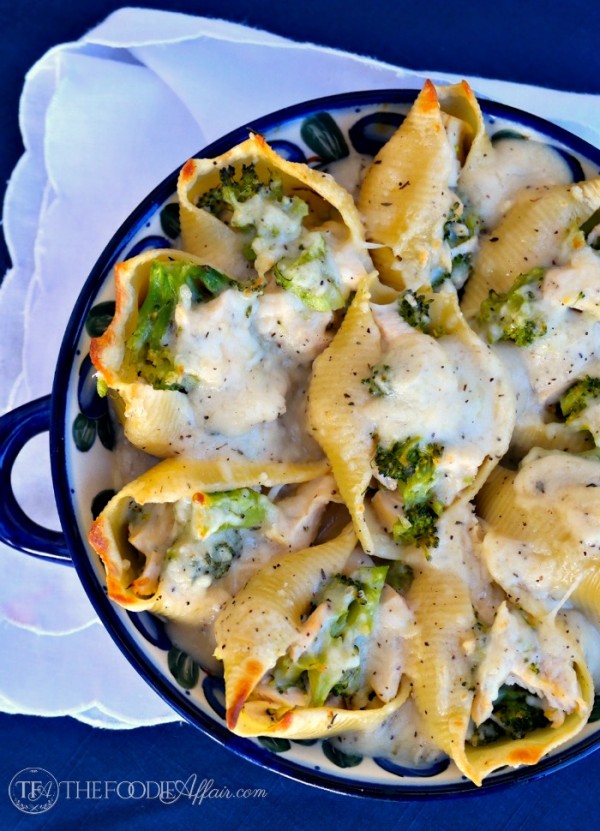 These Chicken Divan Stuffed Shells are savory and rich, the two flavorsÂ that we love to tasteÂ together, and you can cut the cooking time down by using leftover chicken or purchase a cooked roasted chicken. You wonâ€™t miss the calories in this lightened up Mornay sauce, I promise, but if you have an opportunity toÂ tasteÂ theÂ authentic dish in Paris, then please lick the plate and sent me a photo! 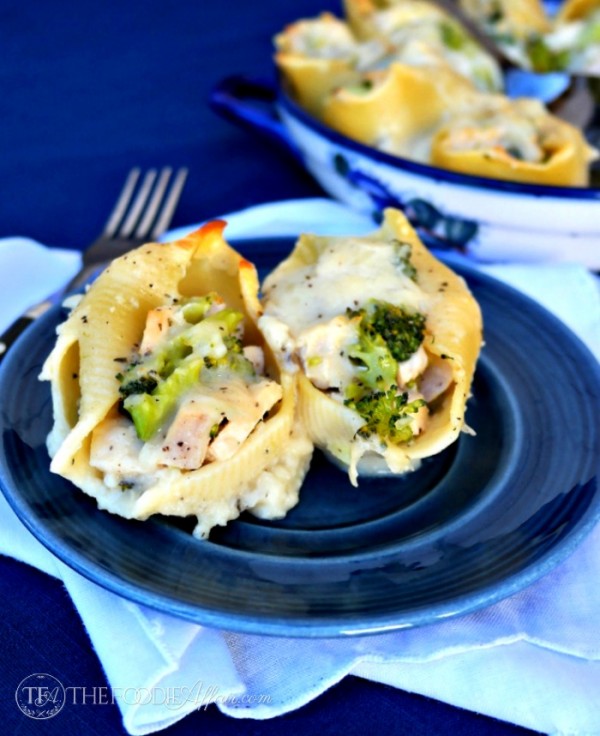 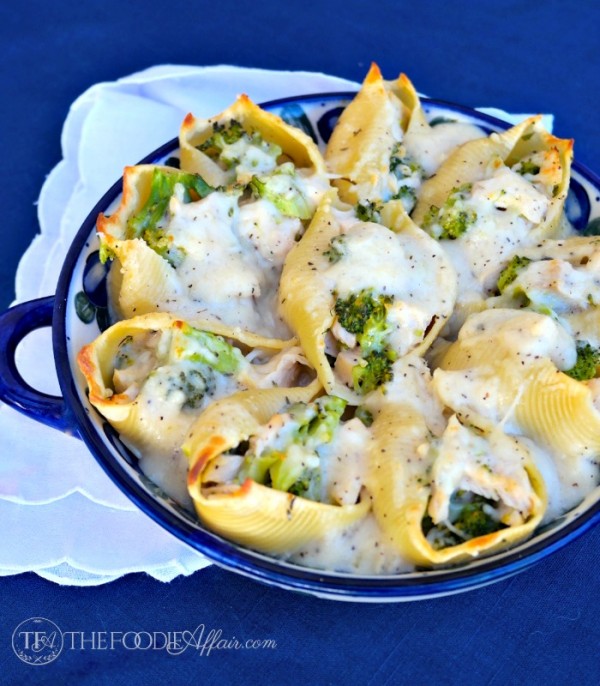 Read the original on: The Foodie Affair 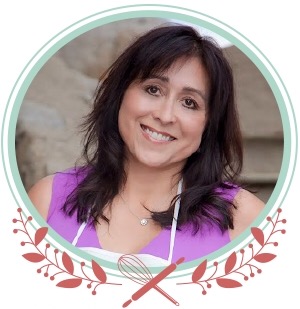 I started The Foodie Affair blog to share recipes that I serve my family and friends. Some of my recipes are healthy and others are decadent, but all are intended to inspire you to be wildly passionate and creative in the kitchen.