Our beautiful friends Razzy and Laiky have become first time parents! Congratulations to them

A while back, they threw a baby shower (which was a pot luck event) and I brought baked goods to the party. I know right?

I made Peanut Butter Chocolate Chip Cookies (to be posted) and these amazing Double Chocolate Lamingtons which I had found and bookmarked from Dan Lepardâ€™s (no relation to Def Leppard) article from 2012 just before Australiaâ€™s ANZAC day. When it got another mention earlier this year on The Age, I knew I had to make them soon.

Iâ€™m going to just say, the recipe not only makes a fine chocolate cake (which Iâ€™ll probably make again), it certainly added some colour and fun to Peanutâ€™s party (which was what weâ€™d taken to calling the baby).

To those of you who think itâ€™s pretty muchÂ sacrilegiousÂ to take on a twist to the traditional lamington recipe, itâ€™s all about having fun and embracing change. 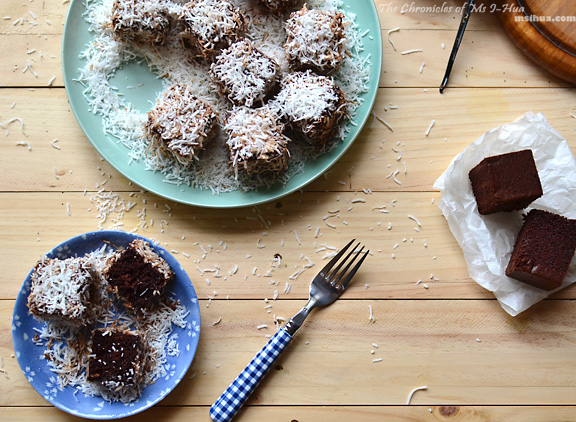 Congratulations again April and Laik! Youâ€™re going to be such awesome parents and baby Peanut is so lucky! I love you already @juniorfoodtrail 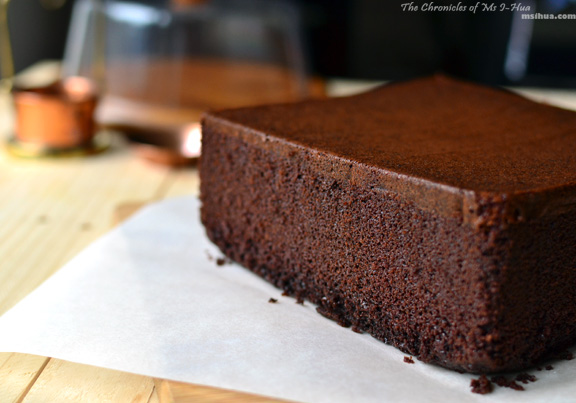 Double Chocolate Lamingtons Recipe
2013-05-23 04:27:48
Save Recipe
Print
Ingredients
300g Caster Sugar
50g Baking Cocoa Powder
175g Plain Flour
3 tsp Baking Powder
75ml Fresh Milk
50g Unsalted Butter
50g Dark Chocolate (we used NESTLÃ‰ Plaistowe Premium Dark Choc)
50ml Sunflower Oil (we used Grape Seed oil as a substitute)
4 medium-sized Eggs
100ml Low-Fat Natural Yoghurt
3 tsp Vanilla Extract
Ingredients for the Chocolate Coating
15g Baking Cocoa Powder
50ml Fresh Milk (Cold)
175ml Boiling Water
200g Dark Chocolate (finely chopped)
200g Icing Sugar
1-2 (250g) bags of Shredded/Grated Coconut (I used the dry shelf type and rehydrated them back with warm water and squeezing out excess water)
Procedure
Start of by lining the base of a deep 20cm square cake tin with non-stick (baking) paper. Pre-heat the oven to 170 degrees Celsius (or 150ÂºC fan-forced).
Place the caster sugar and cocoa powder in a bowl and beat in the milk.
Melt the butter and chocolate in a small saucepan (taking care not to overheat the mixture). Once the butter and chocolate mixture has melted, quickly remove from heat.
Add the chocolate and butter mixture into the sugar and cocoa mixture along with the sunflower oil.
Beat in the eggs until smooth, stir in the yoghurt and vanilla extract and mix in the flour and baking powder.
Pour the mixture into the prepared tin, cover with a slightly domed sheet of aluminium foil and bake for an hour.
Remove the foil in the last 15 minutes of baking. Once done, skewer the cake to check if it's cooked.
Remove the cake from the oven and set aside to cool in the tin. Cover with clingfilm (while still warm) to keep it moist.
For the chocolate coating, mix the cocoa powder and milk until you get a smooth consistency. Whisk in the boiling water, then stir in the chocolate until melted.
Next, whisk in the icing sugar until it is dissolved before pouring it into a deep bowl.
Cut the cake into equal squares (9 or 12 portions). Dunk each piece in the chocolate coating and fish out with two forks.
Roll in shredded/grated coconut (it does get a tad messy at this point, but persevere) and leave to set.
Notes
Lepard advises putting foil over the cake because it helps the cake rise more evenly.
Adapted from Dan Lepard
Adapted from Dan Lepard
The Chronicles of Ms I-Hua & The Boy http://msihua.com/ 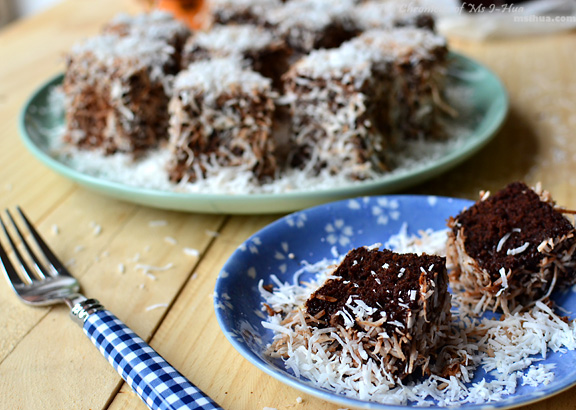 So what do you think? Not too complicated at all is it?

I might make a variation on this the next time I make it and twirl in some peanut butter for an added salty tang! Sounds good? 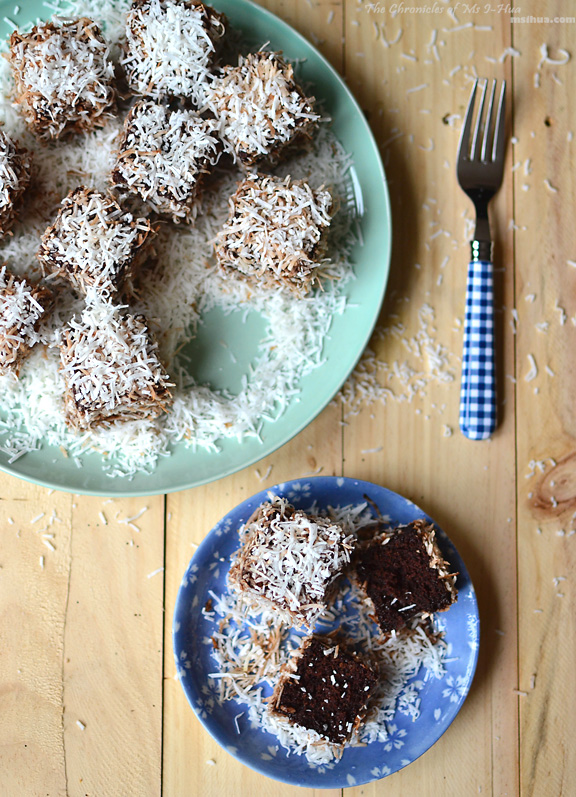 It doesnâ€™t have to be ANZAC Day or Australia Day to make these! As long as you like chocolate and coconut, I think youâ€™ll be pleased with this.

There was only one piece of this left when the party ended (trust me, that was a great feat considering how much food there was at the party) and it was hugged by Peanutâ€™s father

Read the original on: The Chronicles of Ms I-Hua & The Boy

The Chronicles of Ms I-Hua & The Boy, I-Hua Lim

A food, travel & entertainment blog based in Melbourne