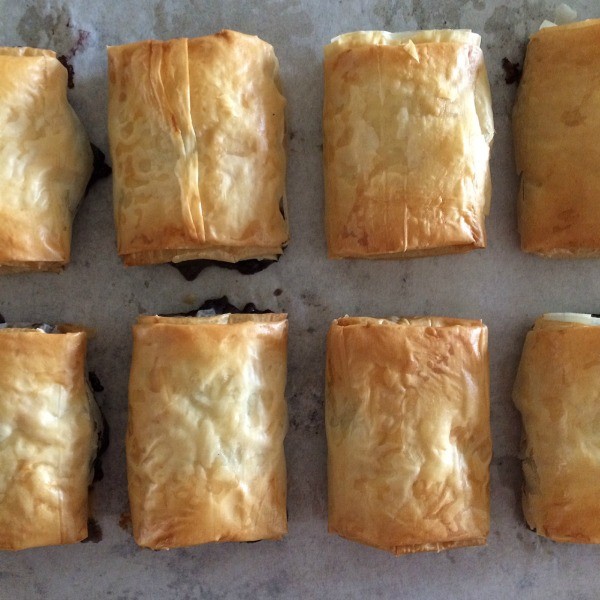 Thereâ€™s something extra-special about being served your own personal mini treat, as opposed to a slice or a piece of a bigger dish. An individual pot-pie served in a pretty ramekin looks like it was prepared just for you rather than a portion scooped from a large casserole dish and plopped onto a plate. A tidy lemon tartlet covered in a circle of meringue with golden brown peaks looks much more appetizing than an uneven slice cut from one large pie. Whenever possible, I like to take an individualized twist with my recipesâ€“both sweet and savoryâ€“and transform them into smaller sizes to create what I hope will be a more personal touch for the recipient. 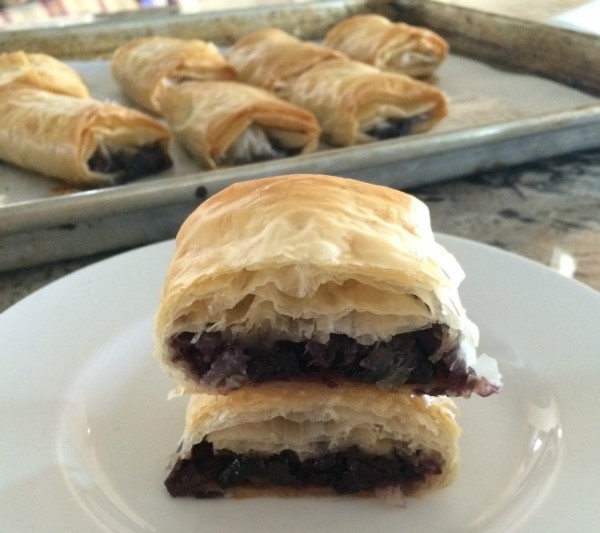 As part of the Epicurious â€œPersonal Touches in the Kitchenâ€ Series, I was asked to blog about an experience that I have had as a diner or a consumer and how that experience transformed the way that I do things in the kitchen. Iâ€™ve mentioned several times over the years that Eric and I are regulars at a Las Vegas neighborhood restaurant called Table 34. Before we had Gigi, it wasnâ€™t uncommon for us to show up there once a week for dinner. Now, with an infant, weâ€™re not quite the â€œregularsâ€ that we used to be, but we still go there when we can. 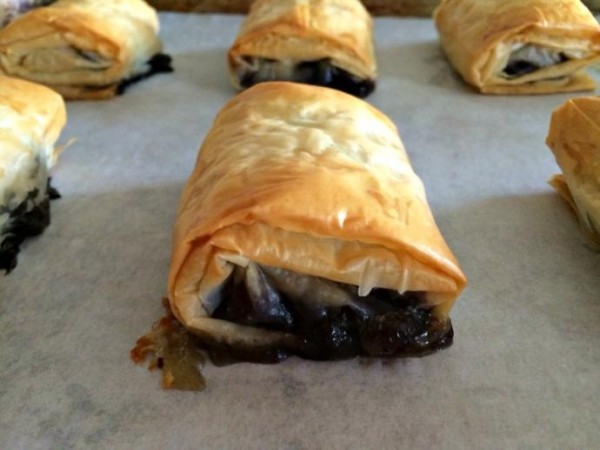 In a town like Las Vegas, where new restaurants open every week (if not every day), it takes a special experience to draw diners away from something new and trendy in lieu of the something theyâ€™ve tried before. Situated away from The Strip in an unassuming strip-mall, Table 34 is almost the anti-Vegas: cozy, laid back and unpretentious. The staff remembers your name, what drink you like to have on a Friday night after a long work week and how you like your steak prepared. Itâ€™s comfortable and familiarâ€“a great place to relax with fantastic, thoughtful food that is always beautifully presented.

One of Ericâ€™s go-to dishes at Table 34 is their baked brie appetizer, an individualized version of the popular party food, which is what inspired me to start serving my recipes in miniature format. Chef Wes Kendrick takes a wedge of creamy brie, tops it with a tangy sundried tomato jam and wraps it in buttery-rich puff pastry which, when baked, transforms into a golden brown and crispy exterior for the melted gooey brie. The dish arrives hot from the oven like a delicious package set on a bed of mixed greens. Every time we go, Eric says that he might try something different, but nine times out of ten, he picks this dishâ€¦.and Iâ€™m always jealous of him when it arrives.

This recipe was inspired by Ericâ€™s go-to appetizer, but Iâ€™ve made it a little bit healthier by using phyllo dough instead of puff pastry. Layers of crisp phyllo dough brushed with butter still bake up golden brown, buttery and flaky, but the overall effect is a much lighter dish. I paired the brie with a spiced blueberry chutney and, instead of wrapping entire wedges of brie, I made mini strudel shapes by wrapping smaller, bite-sized pieces. That way, when you want another one (and I know that you will), you wonâ€™t feel the least bit guilty about going back for seconds.

Enjoy! Check out the rest of the â€œOut of the Kitchenâ€ Series via this link!

Inspired by one of my husband's favorite appetizers at our neighborhood restaurant, these mini savory strudels make a fun party bite or a dinner party first course. 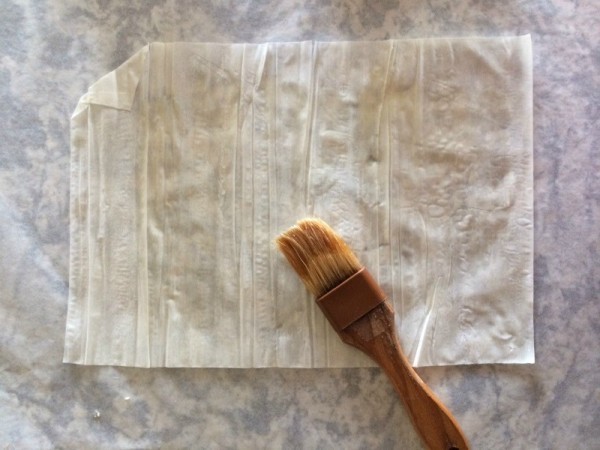 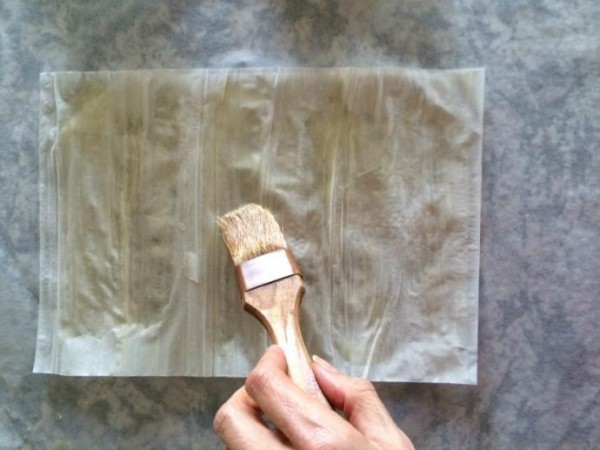 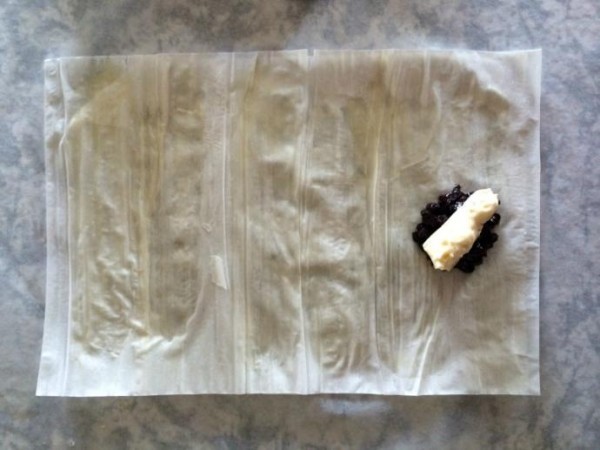 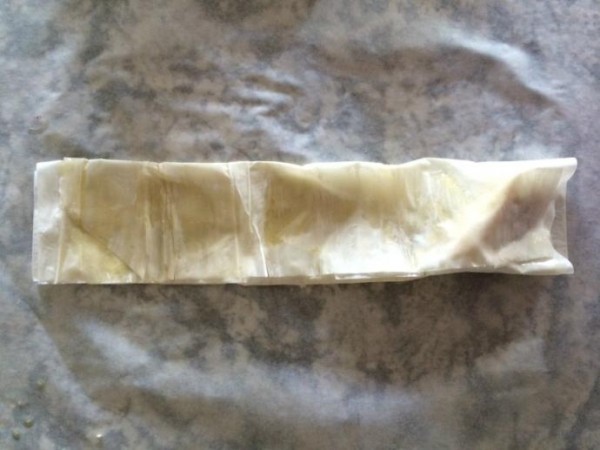 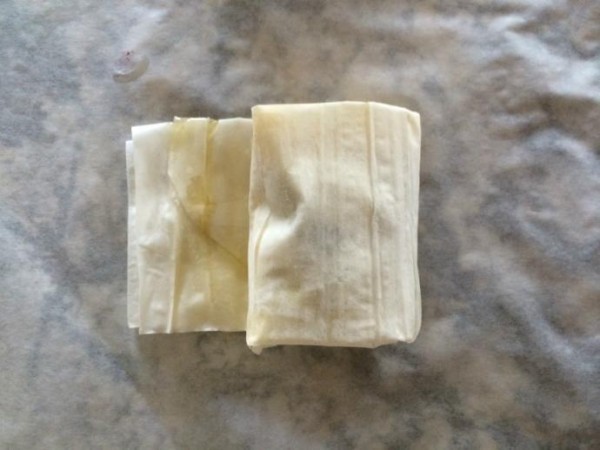 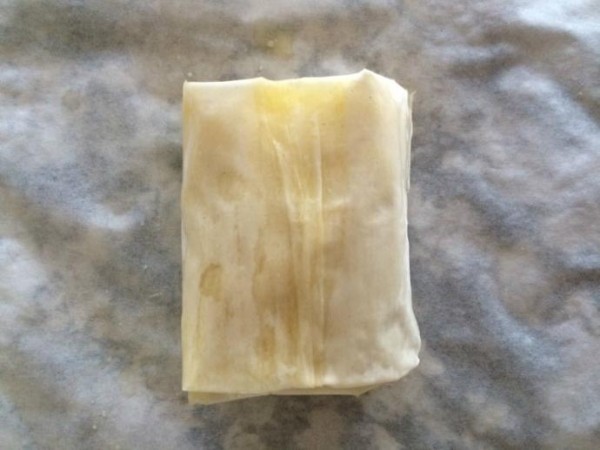 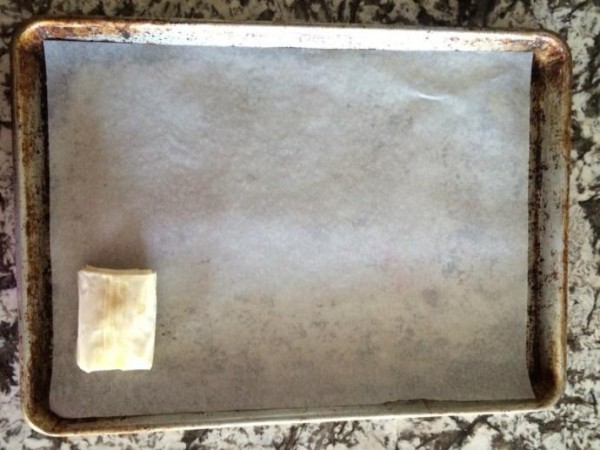 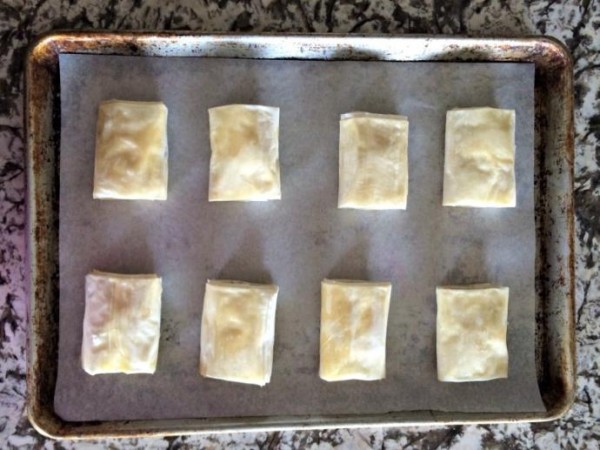 Read the original on: Peanut Butter and Julie

I started my blog, Peanut Butter and Julie, in 2007 to bring readers made-from-scratch recipes that are mostly sweet, sometimes savory, but always a treat!