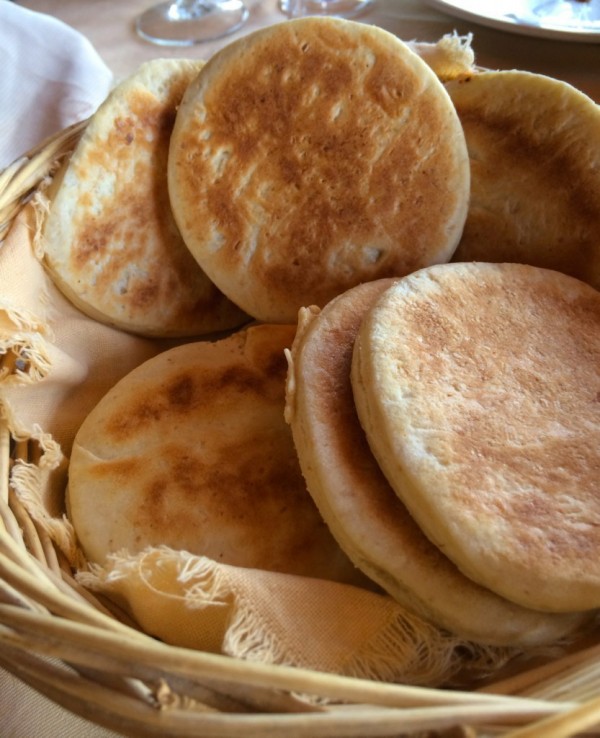 Memorable moments are experienced in all of our lives. Often those moments take place while traditionally breaking bread with others, whether in our own homes or in a favorite restaurant or eatery.

On a recent trip to Italy, my husband and I accidentally came across a tiny, hidden gem that has now joined our realm of unforgettable dining experiences. Far off the beaten trail, we arrived at a trattoria long after the late dinner hour had ended. We knocked on the door and were greeted by the owner and told that the kitchen was about to be closed. She said that she would prepare something for us anyway, realizing that we had just arrived to the small town after flying into Bologna.

The little trattoria was beautifully furnished with family antiques and cherished culinary heirlooms. As we looked over to an ancient hearth in the dining area, the owner told us about the traditional little round flatbreads of the mountains near Modena, known as â€˜tigelleâ€™. Her words told the story of how special the breads are to the Modenese of northern Italy. During earlier times of extreme poverty, with little to eat, the peasants would gather around the warm hearth with their families at the end of the day. The bread dough would be shaped into small circles and placed between clay tiles and alternately layered in short towers. The dough and tiles were than immersed into the glowing flames to bake until beautiful golden brown. These moments of baking â€˜tigelleâ€™ by the hearth were a comforting way to end a day of misery and struggle.

After sharing this moving account of the role of the tiny tigelle breads, the owner led me over to the old hearth in the trattoria, gently picked up the ancient tiles and extended them for me to hold. I could almost feel the love and comfort in those little fire-worn tiles. 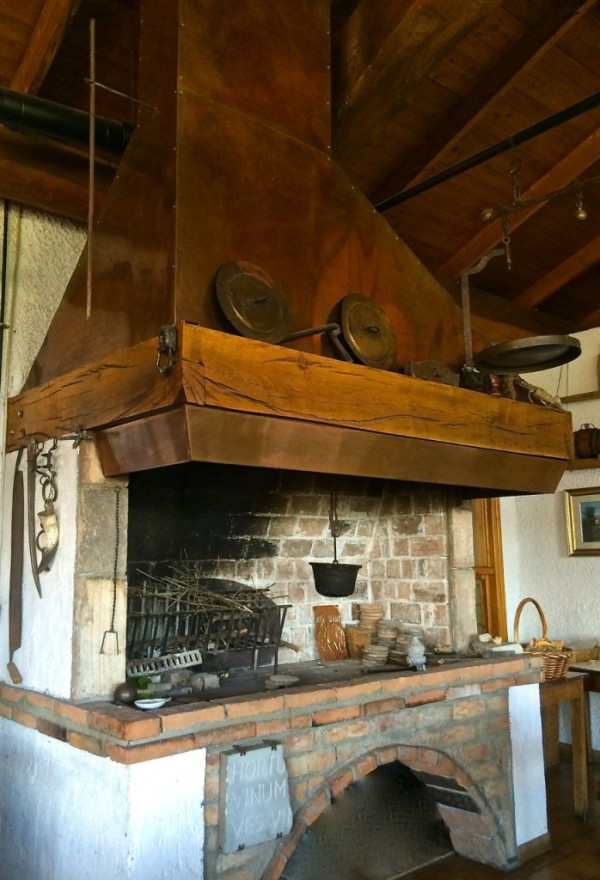 A hearth in which tigelle were traditionally baked 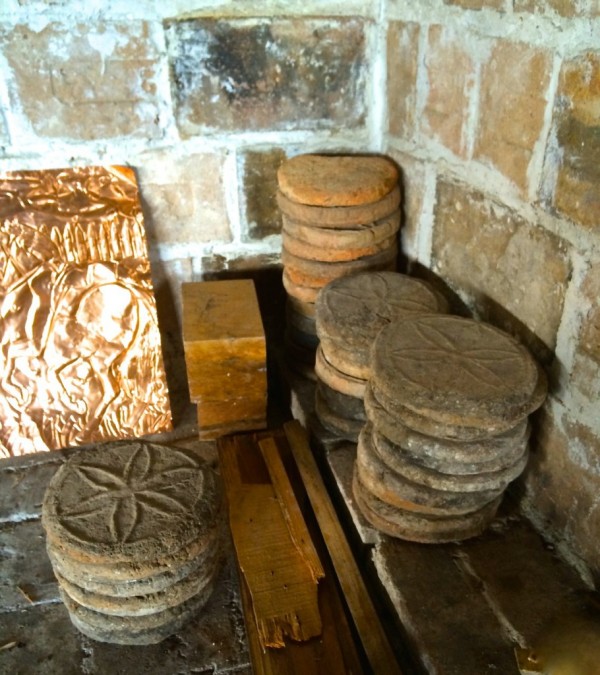 At that point, I thought that Iâ€™d return to the table to enjoy the meal that she was preparing. Yet again, the woman reached out and said in Italian, with understandable hand gestures, to â€˜come into my cucinaâ€™. In a small kitchen, she demonstrated how tigelle are made today. She formed small balls of bread dough, then cut and shaped each ball into the exact precise size. The small round dough discs were placed between two scalding hot, heavy, flat, metal pans on a common gas stove. After five minutes of flipping the pans over to cook the breads evenly on both sides, the woman quickly placed the piping hot tigelle in a basket. She took my hand and led me back to the table and served the little breads with the traditional condiment of fat infused with garlic, prosciutto, and rosemary.

When the hot tigelle were sliced open, hot steam flowing from the soft, tender insides, we spread the condiment on top to melt all over the bread. Those little tigelle breads were exquisite in their utter simplicity. The moment of a humble woman sharing her passion for her regionâ€™s traditional food was unforgettable. That moment when a stranger opened her trattoria to us and took the time to share the historical story and the old methods of preparing tigelle around a hearth will always be one of the most memorable culinary and dining experiences of my life.

There are so many ways that each of us have encountered special, memorable moments in which food and dining is experienced inÂ unique ways. Â Iâ€™m so pleased to have found the â€œOut of the Kitchenâ€ series with Bon Appetit (my favorite cooking magazine since 1978). Â If money and time had no limits, Iâ€™d try to experience each of those shared on the site. Â Figuring out which ones I can fit in will be delicious indeed!